We saw you last night among thousands of other anti-Trump demonstrators around the US. Their signs proclaimed, “No one is above the law.” You were the one with the sign reading “I love laws.” We need to talk.

Really, this is what gets you into the streets? Trump’s goons have been kidnapping your neighbors, preparing to block your access to abortion, openly promoting “nationalism,” calling the targets for lone wolf assassins who send mail bombs and shoot up synagogues—and your chief concern is whether what they’re doing is legal?

And if Trump and his cronies were to change the laws—what then?

If you’re trying to establish the foundation for a powerful social movement against Trump’s government, “no one is above the law” is a self-defeating narrative. What happens when a legislature chosen by gerrymander passes new laws? What happens when the courts stacked with the judges Trump appointed rule in his favor? What will you do when the FBI cracks down on protests?

If everything that put Trump in a position to implement his agenda were legal, would you be at peace with it, then? When some nice centrist politician takes office after him, but the police keep enforcing the policies he introduced and the judges he appointed keep judging, will you withdraw from the streets? Come to think of it, where were you under Obama when people were being imprisoned and deported by the million? Perhaps you have no problem with millions of people being imprisoned and deported as long as no one colludes with Russia or talks over a journalist?

We saw other protesters with signs entreating us to “Save Democracy.” Didn’t democracy inflict Trump on us in the first place? Isn’t it democracy that just brought Bolsonaro to power in Brazil—a racist, sexist, and homophobic advocate of the Brazilian military dictatorship and extrajudicial killings? If democracy enables outright fascists to legitimize their authority rather than having to seize power by force, what’s so great about it, exactly?

If “no one is above the law,” that means the law is above all of us. It means that the law—any law, whatever law happens to be on the books—is more valuable than our dearest desires, more righteous than our most honorable aspirations, more important than our most deep-seated sense of right and wrong. This way of thinking prizes group conformity over personal responsibility. It is the kiss of death for any movement that aims to bring about change.

Social change has always involved illegal activity—from the American Revolution to John Brown’s raid at Harper’s Ferry, from the sit-in movement to the uprising in Ferguson. If not for the courageous deeds of people who were willing to break the law, we’d still be living under the king of England. Many of us would still be enslaved.

That is what makes your cheerleading for the FBI so chilling. You’re familiar with COINTELPRO, presumably, and many of the other ways that the FBI has set out to crush movements for social change? Imagine that your best-case scenario plays out and the FBI helps to orchestrate Donald Trump’s removal from power. What do you think that the FBI would do with all the legitimacy that would give them in the eyes of liberals and centrists? It would have carte blanche to intensify its attacks on poor people, people of color, and protesters, destroying the next wave of social movements before they can get off the ground. Nothing could be more naïve than to imagine that the FBI will focus on policing the ruling class.

The greatest peril we face is that Trump’s government will be replaced by a centrist government that will continue most of the current administration’s policies without violating any rules or norms. The more Trump’s regime is described as exceptional, the easier it will be for the next administration to get away with the same activities. In the long run, the system is at its most dangerous when it does not outrage people.

Mobilizing to support an FBI Director in response to the firing of one of the most racist Attorney Generals in living memory—this is the same “lesser of two evils” argument some have made for voting taken to its logical extreme; this approach guarantees that we will be reduced to advocating for the second worst of all possible evils. Firing Jeff Sessions helps Trump evade Mueller’s investigation, yes, but let’s be clear—men like Sessions, Trump, and Mueller do the most harm in the course of carrying out their official duties in strict observation of the law.

What Gives the Law Legitimacy in the First Place?

In the feudal era, when kingly authority was thought to be bequeathed by God and laws were decreed by kings, it was at least internally consistent to hold that everyone had a sacred duty to obey them. Today, this assumption lingers as a sort of holdover—yet without any rational basis. Certainly, the law decrees that no one is above it, but that’s just circular reasoning. What obliges us to regard laws as more valid then our own personal ethics?

Partisans of democracy like to imagine that laws arise because of their general utility to the population as a whole. On the contrary, for most of the history of the state, laws were decreed by monarchs and dictatorships—and only existed on account of their utility to rulers. Sovereignty itself is a fundamentally monarchist metaphor. If we no longer believe in the divine right of kings, that undermines any inherent claim that laws could have on our obedience. Rather than blindly complying, we have a responsibility to decide for ourselves how we should act. To cite Hannah Arendt, “No one has the right to obey.”

The law masquerades as a sort of social contract existing for everyone’s benefit. But if it’s really in everyone’s best interest, why is it so hard to get people to abide by it? The truth is, neither the powerful nor the oppressed have ever had good cause to obey laws—the former because the same privileges that enable them to write the laws release them from the necessity of observing them, the latter because the laws were not established for their benefit in the first place. It shouldn’t be surprising that a billionaire like Trump does not obey the laws. What’s surprising is that you still think that the rest of us ought to.

What’s the difference between the illegal activity of a Donald Trump and the illegal activity of a person who engages in civil disobedience? If “no one is above the law,” then they’re both equally in the wrong. No, the real distinction between them is that one is acting for selfish gain while the other is attempting to create a more egalitarian society. This is the important question—whether our actions serve to reproduce hierarchies or undermine them. We should focus on this question, not on whether any given action is legal.

What we are seeing today is the fracturing of our society. The peace treaties that stabilized capitalism through the second half of the 20th century are collapsing, and members of the ruling class are adopting rival strategies to weather the crises ahead. On one side, nationalists like Trump are betting on chauvinism and brute force, preparing to make the best of it as society splinters into warring groups. On the other side, centrist technocrats want to present themselves as the only imaginable alternative, using the specter of Trump and his kind to justify their own quest for authority. When they get back into office, you can bet that they won’t turn down any additional power that Trump has vested in the state. Your advocacy for “the rule of law” is music to their ears. And, of course, whatever additional power and legitimacy they concentrate in the state will be passed on to the next Trump, the next Bolsonaro.

Each side aims to instrumentalize the discourse of law and order in order to outflank the other in the battle for power. This isn’t new; it’s as old as the state itself. Immediately after the confirmation of Kavanaugh, you’re a sucker to imagine that the law represents some sort of social consensus rather than the edicts of whoever happens to control the institutions. To fetishize obedience to the law is to accept that might makes right.

To march under the banner “no one is above the law” is to spit in the faces of all those for whom the daily functioning of the law is an experience of oppression and injustice. It is to reject solidarity with the sectors of society that could give a social movement against Trump leverage in the streets. It is to assert the political center as a discrete entity that holds itself apart—that views both Trump and the social movements that oppose him as rivals to its own power. Finally, it is to legitimize the very instrument of oppression—the law—that Trump will eventually use to suppress your movement. Remember “Lock her up”?

You have to ask yourself some important questions now. Do you love laws—or justice? Do you love rights—or freedom?

If it’s laws you believe in, you’re on the right track. Just don’t have any illusions about what it means to value the law above everything else. If it’s justice you want, on the other hand, you need to be prepared to break the law. In that case, you need a totally different narrative to explain what you’re doing.

If it’s rights you’re after, you’ll need a government to grant them, protect them, and—inevitably—take them away when it sees fit. Whenever you use the discourse of rights, you set the stage for this to occur. There are no rights without a sovereign to bestow them. On the other hand, if you love freedom, rather than vesting legitimacy in the government, you’d better make common cause with everyone else who has a stake in collectively defending themselves against invasive efforts to impose authority, whether from Trump or his Democratic rivals.

From the anarchist perspective, all of us are above the law. Our lives are more precious than any legal document, any court decision, any duty decreed by the state. No social contract drawn up in the halls of power could provide a basis for mutually fulfilling egalitarian relations; we can only establish those on our own terms, working together outside any framework of imposed responsibilities. The law is not our salvation; it is the first and greatest crime.

The Centrists: An analysis from January 2018 that has proved prescient.

From Democracy to Freedom: The difference between government and self-determination.

The Centrist Paradox: According to this study, of all political persuasions, “centrists” are the ones who have the least interest in democratic models for governance. 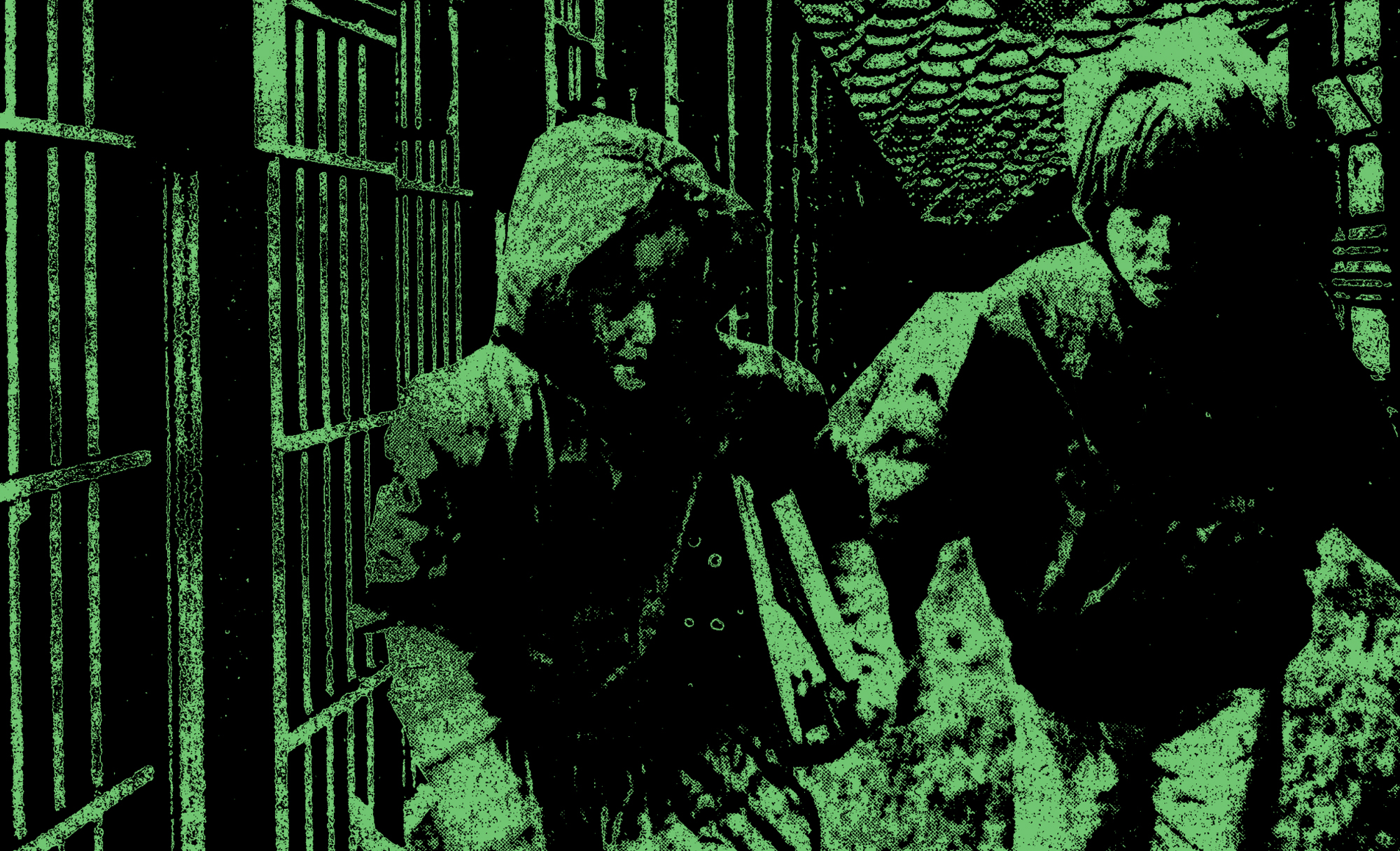 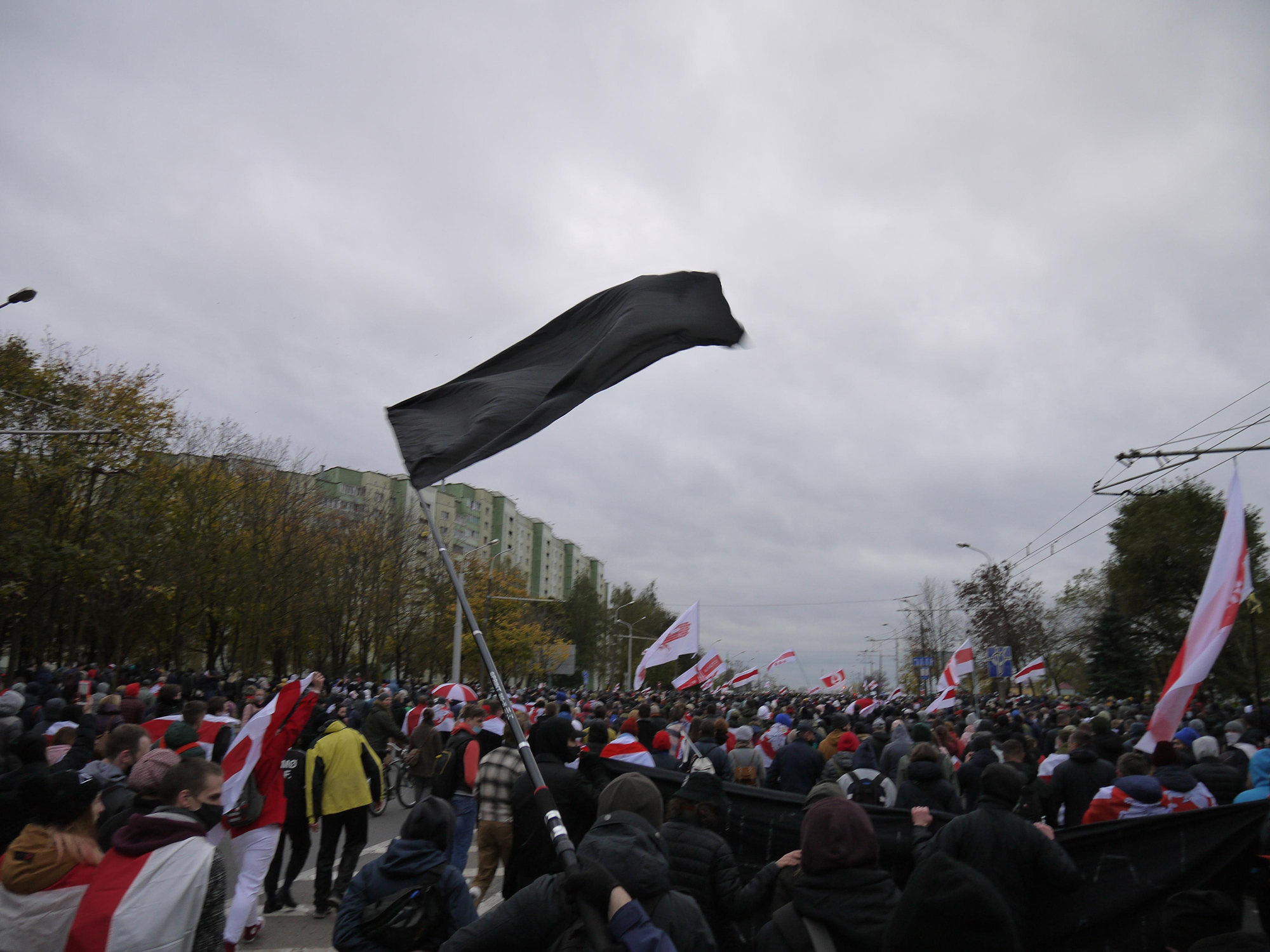 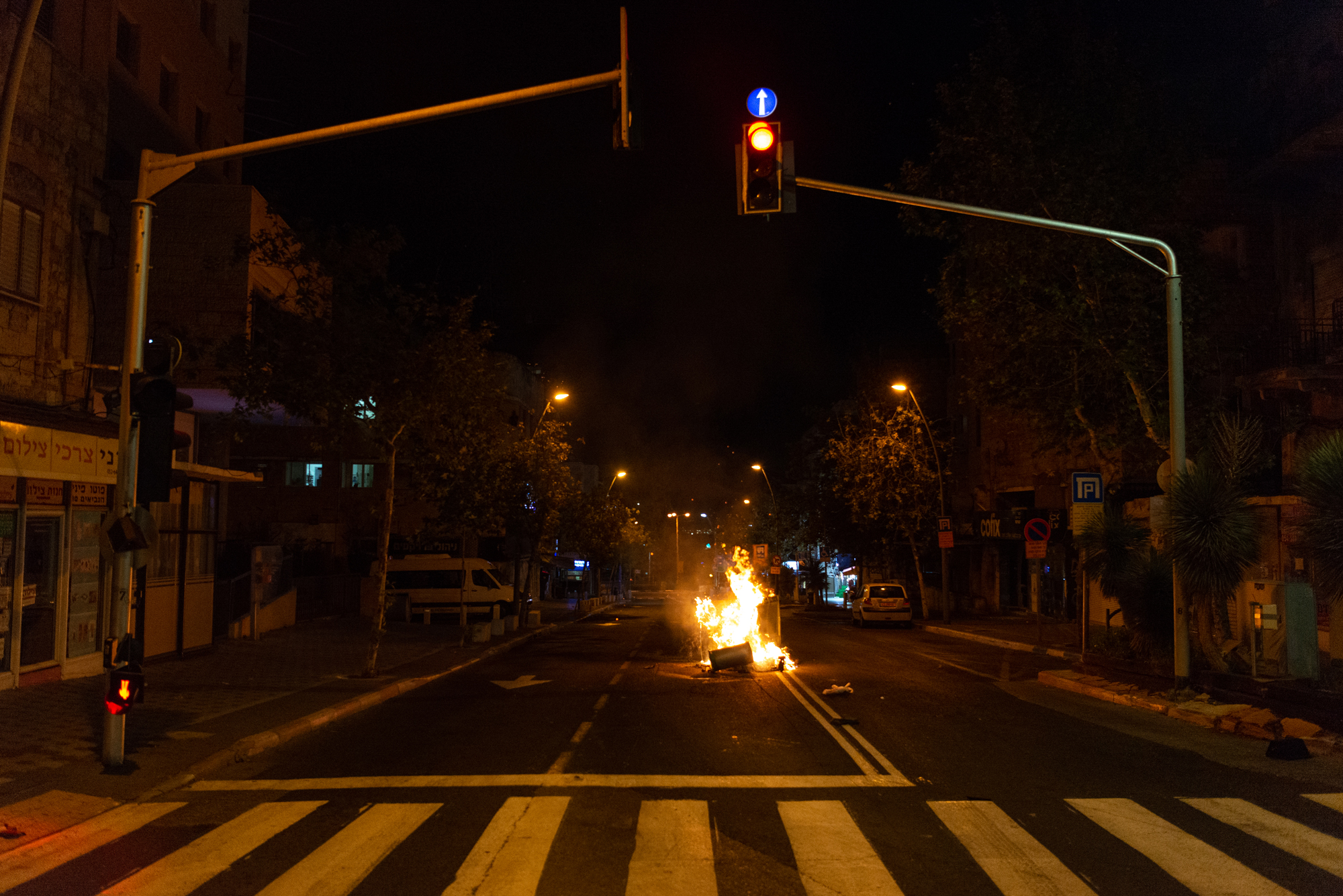 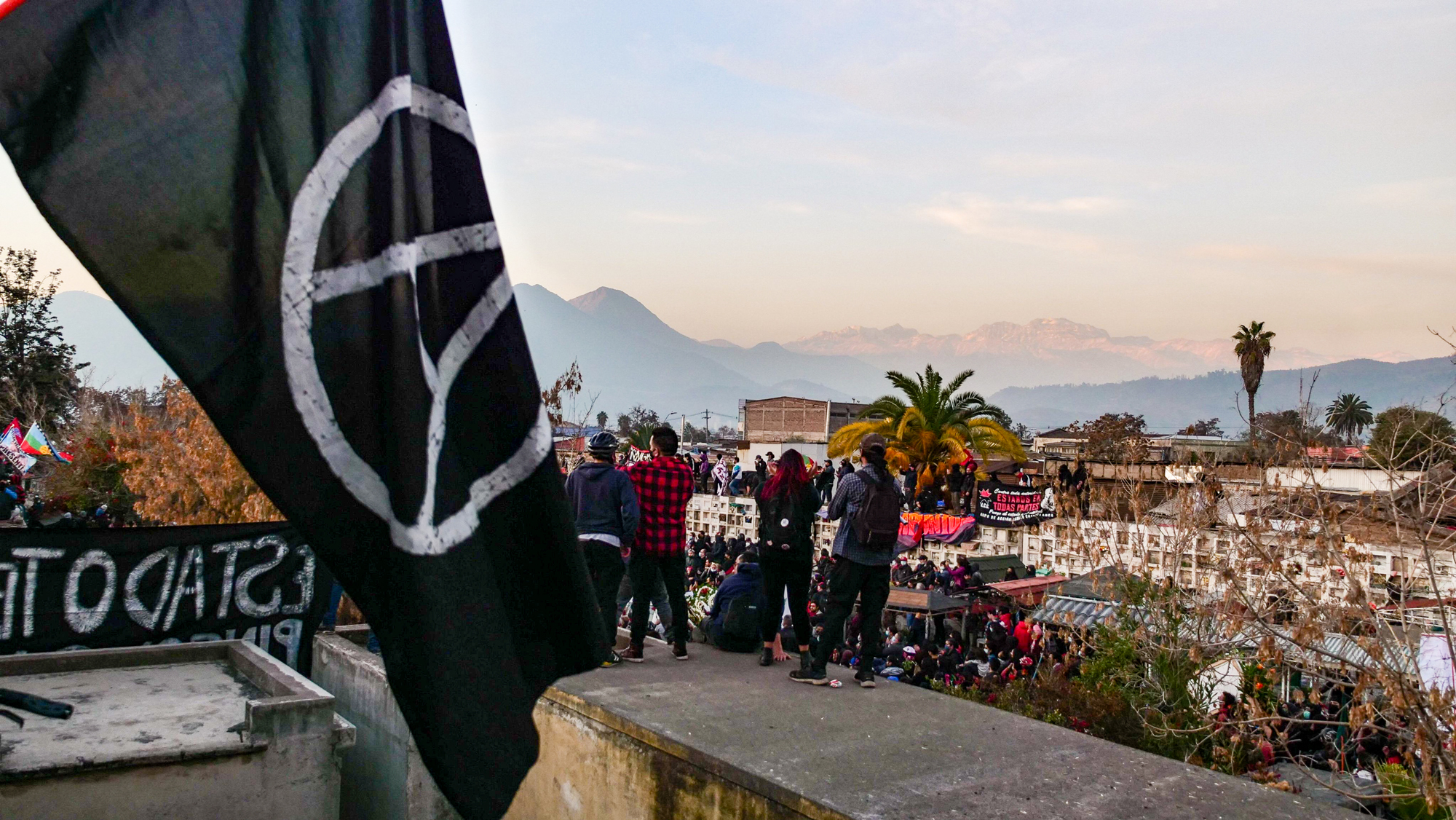 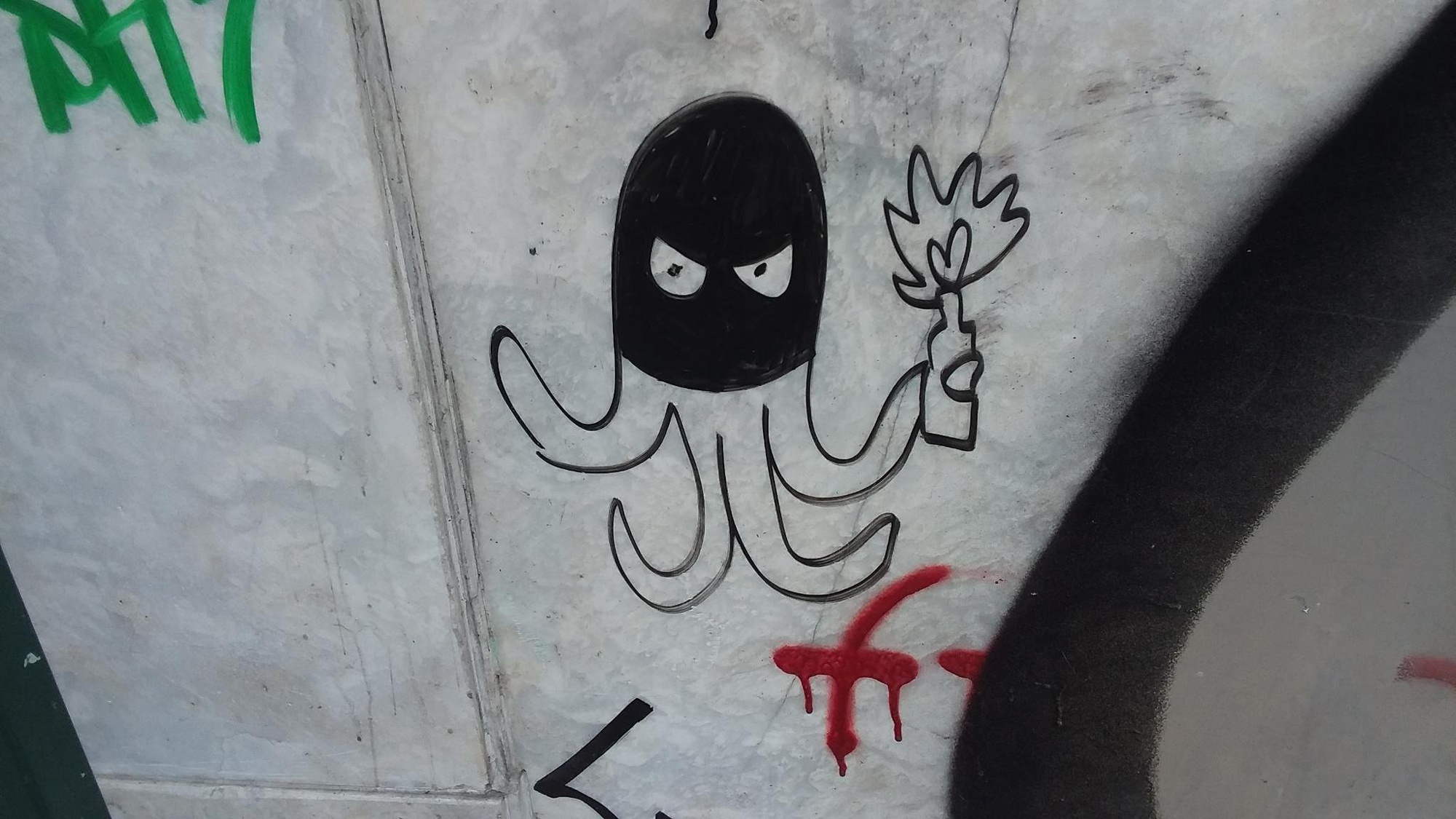